BIOGRAPHY The Life and Times of Malcolm McLaren by Paul Gorman

Engaging biography of punk iconoclast, mantra: 'to be good is simply boring'

CASHING IN ON CHAOS: Malcom McLaren
×

OF ALL the characters who emerged from punk, Malcolm McLaren was one of the most enigmatic. 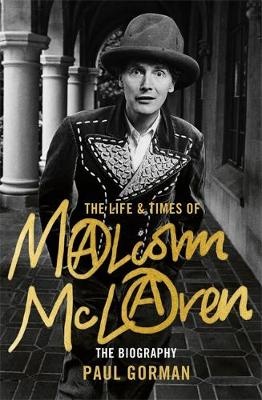 Born in 1946 he grew up in north London in a difficult family environment, where he was raised by his grandmother Rose. She exerted a big influence, providing him with his lifelong mantra: “To be bad is good, because to be good is simply boring.”

Paul Gorman's fascinating and detailed book outlines McLaren's shapeshifting radical ways of working. Ten years since his death from cancer, he sheds new light on the achievements and life of a cultural iconoclast and architect of punk, whose championing of street cultures including hip-hop and voguing reverberates to this day.

McLaren's early career managing New York Dolls, setting up the fashion label Sex with Vivienne Westwood and their shop on the King's Road in Chelsea, sets the scene for creation of The Sex Pistols.

Sharp management techniques and a “cash from chaos” anti-establishment art ethos drove the project. While a lot of people ended up hating him, including the Pistols — they took took him to court over royalties — Gorman points out that the manager did all he could to save bassist Sid Vicious following the murder of his girlfriend Nancy Spungen.

After the debacle of the Pistols' demise McLaren retreated to Paris to regroup before creating and managing the Burundi beat-inspired act Bow Wow Wow.

Gorman goes on to explore McLaren's adventures in his own music as he switched from manager to artist, through hip hop, classical music and film. Albums Duck Rock, Fans and Waltz Darling, realised by various producers, are all well documented.

McLaren's difficult years in Hollywood are explored, when he worked with luminaries like Steven Spielberg and on projects such as the controversial Surf Nazis Must Die and Wilde West, based on a notion of Oscar Wilde introducing rock'n'roll to the American mid-west in the 1880s.

His campaign to run for Mayor of London in 2000 prior to further radical art and music projects also get a look in.

There are notable contributions from friends and colleagues, including an introduction from Alan Moore who collaborated with McLaren on the unrealised film project Fashion Beast, and access to private papers and family documents, in what's a brave biography of an extraordinary, quasi- shamanistic maverick.